Symptoms of a Bad Alternator Seal in a BMW

BMW is undoubtedly one of the most exceptional vehicle manufacturers in the auto industry. Over the many decades that the manufacturer has been in operation, they have continued to produce an outstanding quality of cars that are safe, reliable and durable.

In spite of its excellent engineering and designs, a BMW is still susceptible to some pitfalls of the design. One of the most common flaws that BMW owners are bound to experience is the infamous bad alternator seal.

An alternator seal is a rubber device that keeps the oil in your BMW’s engine and prevents it from leaking into the alternator of the car. The alternator acts as a generator for your car by generating electric energy and charging the battery. This energy that is generated from the alternator is what powers the automated processes of the car.

Causes of a Bad Alternator Seal

The problem associated with the alternator seal in a BMW is the result of an error on the manufacturer’s part. The design of the alternator seal and gasket combination is easily prone to breakage. The seal dries out and starts to crack over time and this then results in oil leaking from the engine and into the alternator.

Symptoms of a Bad Alternator Seal

Your BMW will have some symptoms that will point to the alternator seal being broken. These symptoms are:

If you park your BMW for a period of time, overnight for instance, and in the morning you find some brownish fluid pooled in front of it then your alternator seal is probably broken. You may also smell burning oil as you drive your car. This smell is probably coming from the leaking oil finding its way into the very hot car parts and burning. Producing smoke that has hues of blue from the exhaust pipe is also a pointer towards an oil leak.

Electrical failures in the car

The alternator also produces power that charges the car’s battery. If the car battery suddenly goes silent and the car was not left running or the lights were not left on, then the problem in the alternator could have been triggered by a bad alternator seal.

Most people tend to imagine that since the alternator seal is made of rubber, it probably needs an easy and quick fix when it is broken. This is unfortunately not the case. You can find the spare to replace the old alternator seal quite easily and at a cheap price as well.

This is not one of those repairs that you can do all by yourself from your garage. To reach the alternator seal, you will need to take out a few screws and do some heavy lifting. Trying to undertake this feat by yourself may lead to more problems. 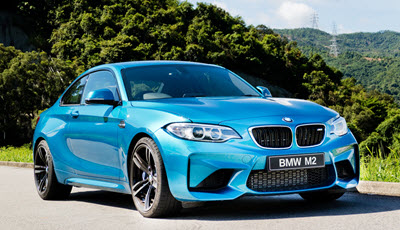 Instead, you should consult professional auto repair mechanics. Replacing a bad alternator seal is not a simple task because it requires a lot of skill and expertise. This is why you need to consult a reputable car repair shop that specializes in BMW repairs and parts if you want to get any services worth your coin. While the chances of the alternator seal breaking down again still remain high even after repairs, an expert in providing these repairs may be able to reinforce it using extra sealant to prevent oil leaks into the alternator.

TechPlus Automotive is one such repair shop that specializes in providing repairs to high end car models that includes the BMW. With us, you are guaranteed to find high quality service that fixes the problem right the first time. Book your appointment today and give your car the service it deserves.