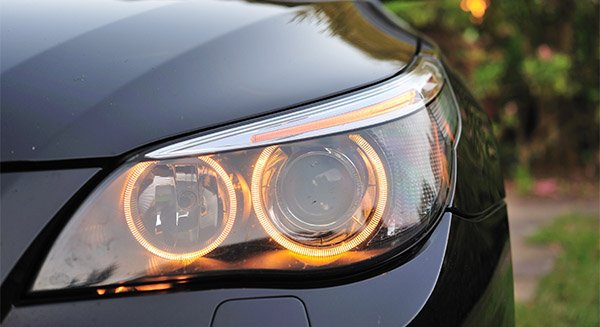 Empower Yourself With This History of the Corvette

More than 60 years ago, Chevrolet unveiled a car that would forever hold a place in the ranks of sports cars competing with some of the biggest foreign names for speed and performance. On January 17, 1953 at the Woldorf Astoria in New York City, Chevrolet introduced a car, named after a naval escort ship, at the GM Motorama that would forever change American sports cars.

The Chevrolet Corvette, inspired by the Jaguar XK120, first rolled off the assembly line in Flint, Michigan in the same year it was introduced. With production capped at 300, the iconic “Polo White/Sportsman Red exterior/interior color scheme” became highly sought after because many had a feeling about what was just born in the automotive world.

In 1957, the V-8 engine that was introduced in 1955 grew to 283 cubic centimeters, which produced up to 283 horsepower. With the fiberglass shell, the Chevy Corvette was reported to reach speeds of 123mph. The iconic round taillights make their first appearance in the 1961 model. 1963 marked some very important releases for options. The Sting Ray with hidden headlamps and “split-window fastback” only made a short one-year appearance, but the Z06 option became available and the Corvette Grand Sport program built five race-ready cars that ended up being sold to privateers in the racing industry. The horsepower increased to 425 horsepower in 1966. A gold 1969 convertible rolls off the assembly line as the 250,000th Corvette produced by Chevrolet and was priced at $4,718.35. Also in 1969 the Stingray name returns to the Corvette as one word.

In 1970, the ZR1 factory-racing option for purchase became available and in 1971 Chevy designed all the Corvette engines to run on unleaded gasoline. With no major changes, redesigns or milestones happening, besides the final year of the convertible coming in 1975, in the years up until 1983 when the 750,000th Corvette is produced on October 26, 1983. A new model marked the year 1984 with the Stingray name put up on a shelf as Chevy produced a sub-seven-second 0-60mph, 138-mph top speed “dead-serious sports car” priced at $21,800. The convertible option returned to the Corvette line in 1986 as it runs as the pace car for the Indy 500 causing a demand for 7,315 1986 “pace-car replicas” to be produced.

General Motors, the parent company of Chevrolet, finally registered the term “Stingray” as a trademark in 1993, also in the same year; the 40th anniversary edition corvette featured a “Ruby Red” paint job. The National Corvette Museum opened up in Bowling Green, Kentucky in 1994. 1997 marks a year of redesign that produced the 345hp V-8 engine that was only available as a coupe but the convertible model becomes an option in 1998. The new Z06 is introduced in 2001 with some pretty impressive stats that include a 385hp LS6 V-8 engine that was capable of reaching speeds of 170mph and crushed the 0-60mph test in 4.3 seconds and in 2002 the horsepower was increased to 405.

The most recent redesign happened in 2014 when the Chevrolet Corvette Stingray debuted at the Detroit Auto Show in January 2013 with a carbon fiber hood and roof, which was soon followed by the Stingray convertible model. The new Stingray comes with a base horsepower of 455, which means it is super quick. With over 60 years of designs, modifications, packages, and perfecting, the Chevy Corvette has become an American classic as well as a modern luxury.