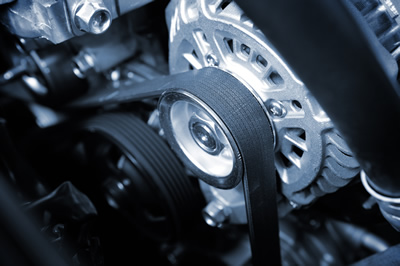 After being introduced into the world car market in 2000 as the first mass-produced hybrid vehicle, the Toyota Prius has dealt with many stereotypes. Often associated with middle-aged tree huggers and hippies, the highly fuel-efficient and un-fun Prius has gotten a bad rap for over 15 years, but 2016 Toyota has completely reinvented the Prius. Targeting a younger demographic with enhanced drivability and tons of new technology, the new Prius is prepared to prove all the stereotypes wrong.

The 2016 Toyota Prius is packed with some very impressive technology being controlled from the hybrid’s cockpit. The dashboard display features two 4.2-inch displays, one for speedometer and energy use and the other for radio stations and trip meters. The Prius also comes with a 6.1-inch touchscreen command center to control music, calling, a rear-view camera for backing up, Bluetooth, and USB hookups. As for the new safety features, the Prius is equipped with Toyota’s new Global Architecture that provides a safer framework to improve occupant safety in collisions. The Prius will also be one of the first US models to come with Toyota Safety Sense (TSS), which is an all-new safety package, that features pre-collision braking with pedestrian detection, lane departure steering assistance, and dynamic radar cruise control. The newly redesigned Prius combines advanced safety features with cutting edge technology to handle any need of the driver and passenger.

The fuel efficiency has been the main attraction of the Prius since its release, and this all-new model is not one to break the mold. Coming in at an industry leading 58 mpg during city driving, the Prius Two Eco trim sets a new standard. All six trim models come with a 1.8-liter 4-cylinder engine paired with two electric motors for the front tires. Toyota redesigned the suspension of the Prius to give passengers a more stable feel when driving. The driving performance was a central focus for Toyota when trying to make the Prius more fun to drive with three driving modes available: Eco, Sport and EV. EV is for short distances at low speeds (ie parking lots), Eco puts a damper on quick acceleration to conserve fuel, and the Sport mode is for those willing to give up a few mpg’s in order to gain a bit of performance that has been severely lacking from previous Prius models.

Toyota is now looking to appeal to the younger demographic of car shoppers with the totally redesigned 2016 Toyota Prius. From its enhanced performance and drivability to its revolutionary safety features, the sleek new Prius is sure to capture the attention of both the traditional Hybrid loyalists as well as the first time car shoppers. Visit Tech Plus Automotive in Scottsdale, AZ or techplusautomotive.com for more information on high-end and luxury car repair and maintenance.