Cars have been known to be major contributors to environmental pollution. This is especially true in the case of cars that have fuel powered engines. The catalytic converter is a device that plays a huge role in ensuring that these toxic pollutants are not released into the atmosphere. This is done by converting the toxic emissions into less harmful by-products through oxidation and reduction processes.

While it is an essential part of the vehicle, the catalytic converter is not infallible and can sometimes fail to function as it should.

The catalytic converter can malfunction because of a number of reasons. Some of these reasons include:

Clogging of the catalytic converter

Over a period of time, dust can get deposited in the catalytic converter and block the passage of exhaust fumes. This will lead to the exhaust fumes getting trapped in the pipes with no way to come out through the exhaust pipe. The result of this is that there will be no continuous flow of air in and out of the engine to facilitate fuel combustion and in turn the engine will stop working.

If your car’s cylinder head gasket is damaged, it can lead to leakage of coolant and unburned fuel into the combustion chamber. The catalytic converter is sensitive to changes in the temperature of its contents. Should this unburned fuel end up burning in the converter, the intense heat may end up melting the metal insides of the converter, therefore impairing its function.

Signs of a Catalytic Converter Malfunction

There are some immediate signs that you would notice in the event that your car’s catalytic converter is not functioning as it should. These signs include:

The MIL or check engine indicator will come on

A problem in the catalytic converter is bound to affect your car’s engine function. This will trigger the Malfunction Indicator light or the check engine indicator on your dashboard to come on.

A faulty catalytic converter will result in air and fuel failing to mix and burn effectively and this will in turn cause your engine to not run.

Very dark smoke from the exhaust

White smoke from the exhaust

This happens in the case where the coolant is leaking into the engine and burning up alongside fuel. You may also find white residue in the exhaust pipe.

If your car suddenly increases the amount of fuel that it consumes to cover the same distance that it normally covers for less, there could also be a problem with your catalytic converter. 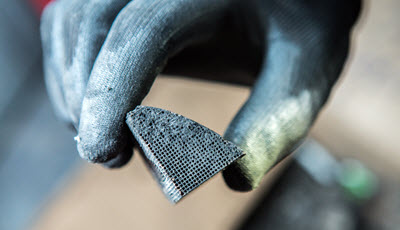 In case you find yourself in the unfortunate position where the damage is already done, seeking the assistance of professionals will be your next best course of action. At Tech Plus Automotive, we have a dedicated team of certified auto mechanics that will run diagnostics and provide you with fast and efficient solutions. Book an appointment with us and get your car’s catalytic converter back in tip top shape.