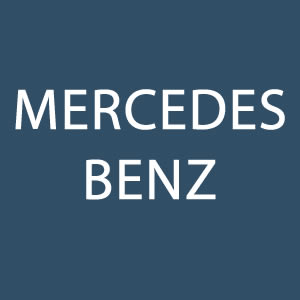 It all starts with a man named Karl Benz, and his creation of the first gas powered car called the Benz Patent Motorwagon.

The Mercedes automobile was first marketed in 1901 by Daimler-Motoren-Gesellschaft. The first Mercedes-Benz brand name vehicles were produced in 1926, following the merger of Karl Benz’s and Gottlieb Daimler’s companies into the Daimler-Benz company.

Throughout the 1930s Mercedes Benz produced a model called the 770.

This car was in high demand during the Nazi era. Adolf Hitler could be seen in one of these models, of course his model was built with bullet proof windows for his protection. There is a 770 model on display in Ontario at The War Museum, but all other model to this day have been bought from auctions by private buyers.

In 1931 the Mercedes 170 featured the first-ever fully independent suspension, which allowed each wheel to respond individually. Along with a new hydraulic braking system, the 170 set new performance and safety benchmarks that remain the gold standard today.

In 1958 Mercedes started a crash testing program. For the first time, development of every new Mercedes included an increasingly rigorous regimen of crash-testing.

The company became a majority owned division in 1999 and became Mercedes Benz AMG in January of 1999.

Throughout Mercedes long history the company has always remained involved in racing. Building cars that are quality and high performance.